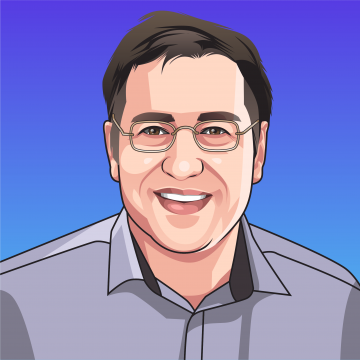 Urs is an Internet entrepreneur since 1998. He co-created a unicorn in VoIP reaching $100m revenues in 3 years. He also became a digital media investor with more than $10m invested into startups. But he continues to drive own initiatives, initially as early pioneer in mobile marketing and social media. Of particular value is his visionary thinking combined with deep marketing and technology expertise.

Currently he focusses on bringing social media to the next level which is social commerce using decentralized networks. He promotes a fair value share through transferring control from centralized platforms to users and communities. In particular, he believes that harnessing communities with their own interconnected social platform, combined with users exclusively owning their data through a digital identity with integrated wallet is the future.

Also he is convinced that Blockchain/DLT technologies will significantly change the world in the next 5 years in how business is made. It is now time for wide application and mass-adoption which will affect any major industry.

Urs earned his Ph.D. at the Swiss Federal Institute of Technology (ETH Zurich) in atmospheric physics and is keen to support sustainable projects.

All Sessions by Urs Aebischer